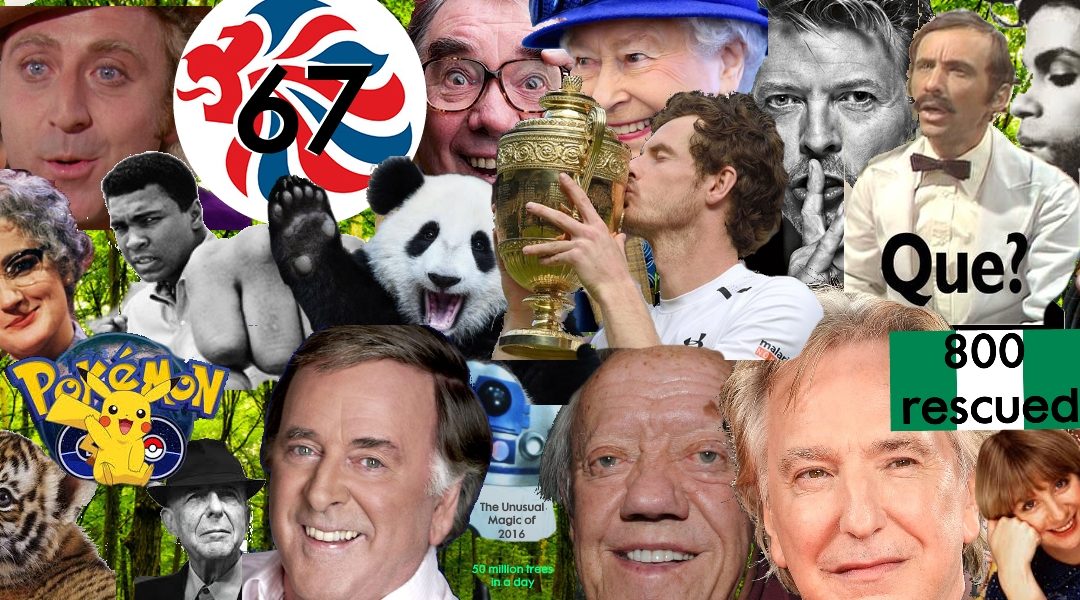 It’s Christmas 2016 and gosh what a Celebstrophe year it’s been.

the man inside R2D2 and funny Mrs Merton

Diamonds and pearls Prince gone with Cohen and Bowie

Polls divided us across the ranks

Both the Europeans and the Yanks.

But now to the cheer, it’s

“Over to my wonderful assistant Debbie McGee”

To make us feel more happee.

And Pokemon Go was ace.

The number of tigers, pandas and manatees went up at last

And 67 medals won in Rio that we craved.

So here it is, Merry Christmas

Look to the future now. It’s only just begun.

To you poets, plonk drinkers, with smiles ear to ear.

Thanks to the Nicholson’s for inviting us each year

Here’s to our friends for bringing us cheer